Hawaii is America’s paradise. It really should be on everyone’s bucket list!

Scroll over, and then click on any of the islands below to learn a little more about each destination. 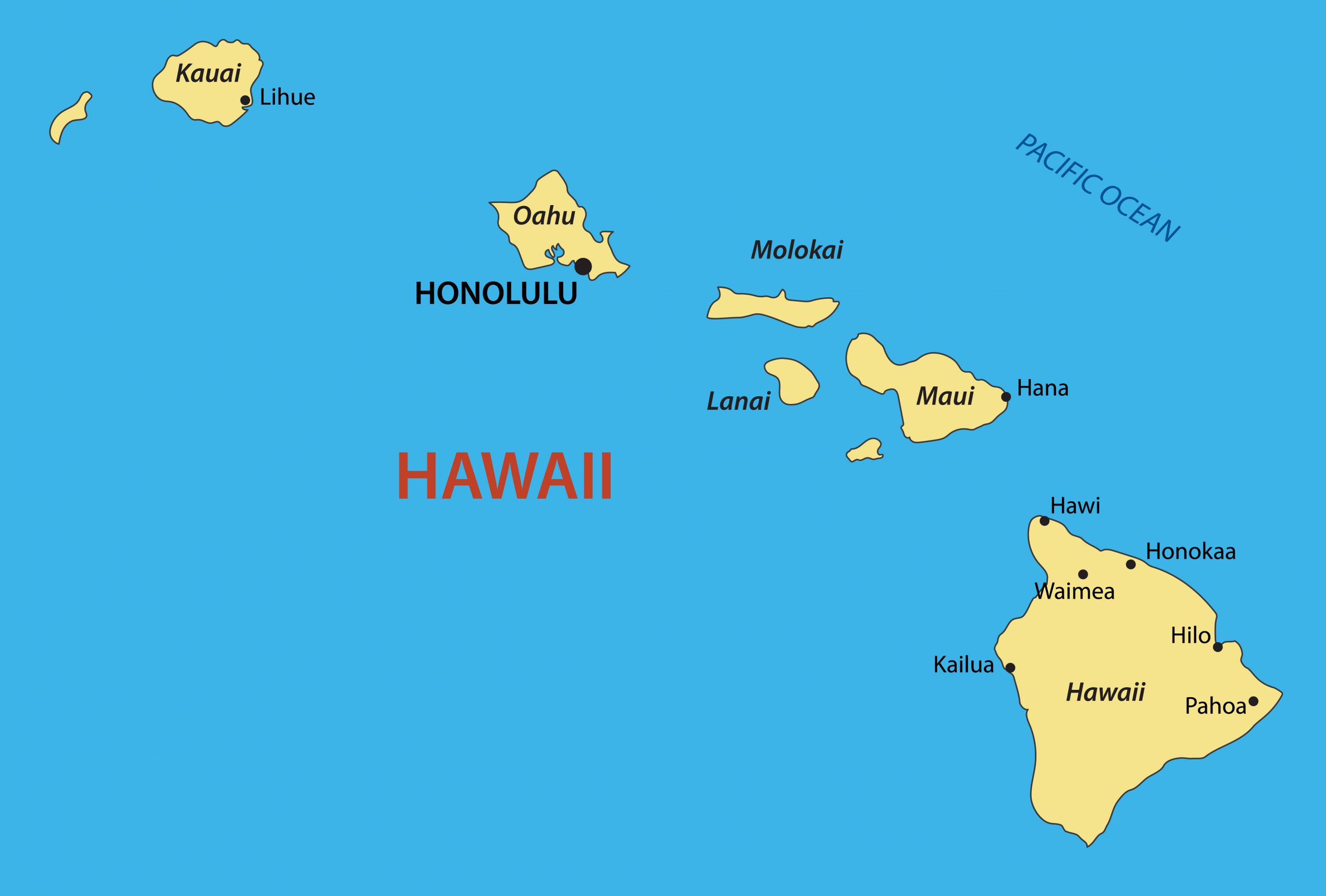 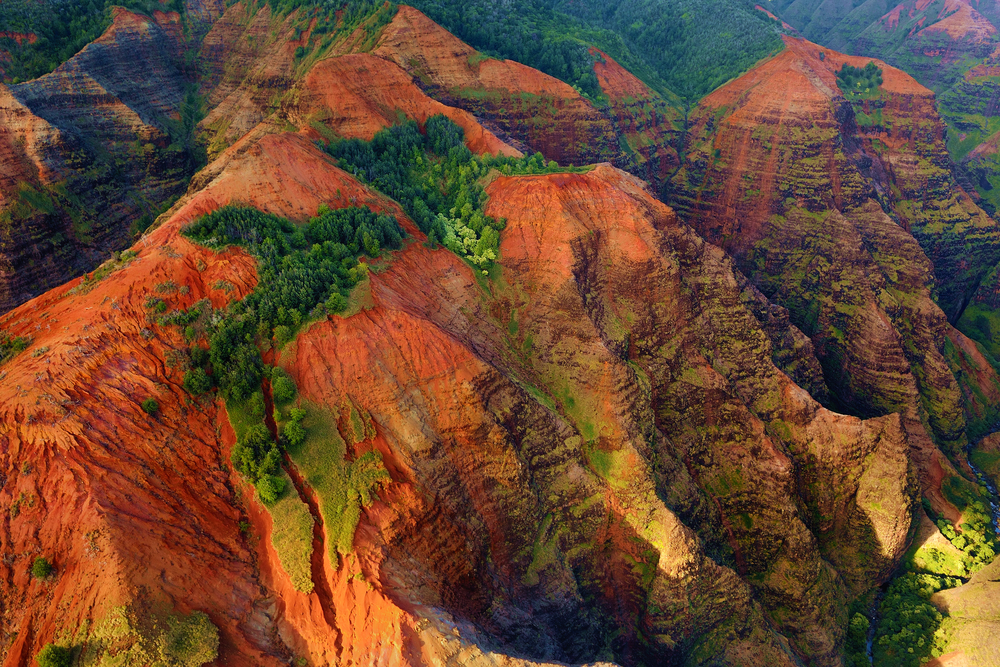 Kauai is Hawaii's fourth largest island and is sometimes called the "Garden Island," which is an entirely accurate description. The oldest and northernmost island in the Hawaiian chain is draped in emerald valleys, sharp mountain spires and jagged cliffs aged by time and the elements.

Centuries of growth have formed tropical rainforests, forking rivers and cascading waterfalls! Some parts of Kauai are only accessible by sea or air, revealing views beyond your imagination. More than just dramatic beauty, the island is home to a variety of outdoor activities. You can kayak the Wailua River, snorkel on Poipu Beach, hike the trails of Kokee State Park, or go ziplining above Kauai's lush valleys. But, it is the island's laid-back atmosphere and rich culture found in its small towns that make it truly timeless. 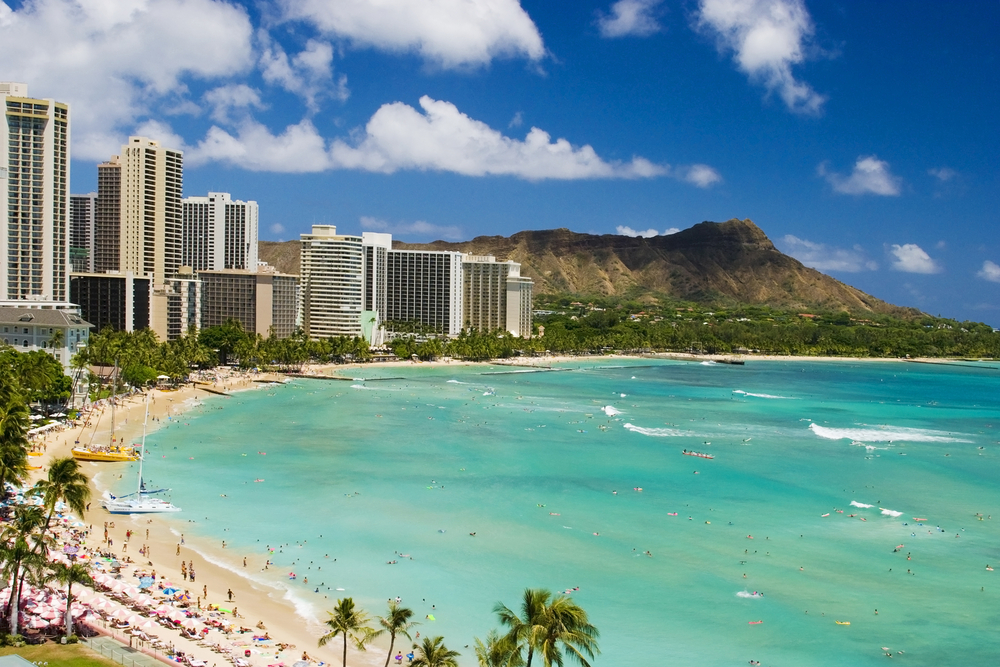 Sometimes called “The Gathering Place,” Oahu certainly lives up to its name. The third largest Hawaiian island is home to the majority of Hawaii’s diverse population, a fusion of East and West cultures rooted in the values and traditions of the Native Hawaiian people.

It’s this fundamental contrast between the ancient and the modern that makes discovering Oahu — from bustling city life to laidback surf towns — so enjoyable. You'll find plenty of different options for exploring Oahu's different regions, the island's many activities, its eclectic restaurants and accommodations. 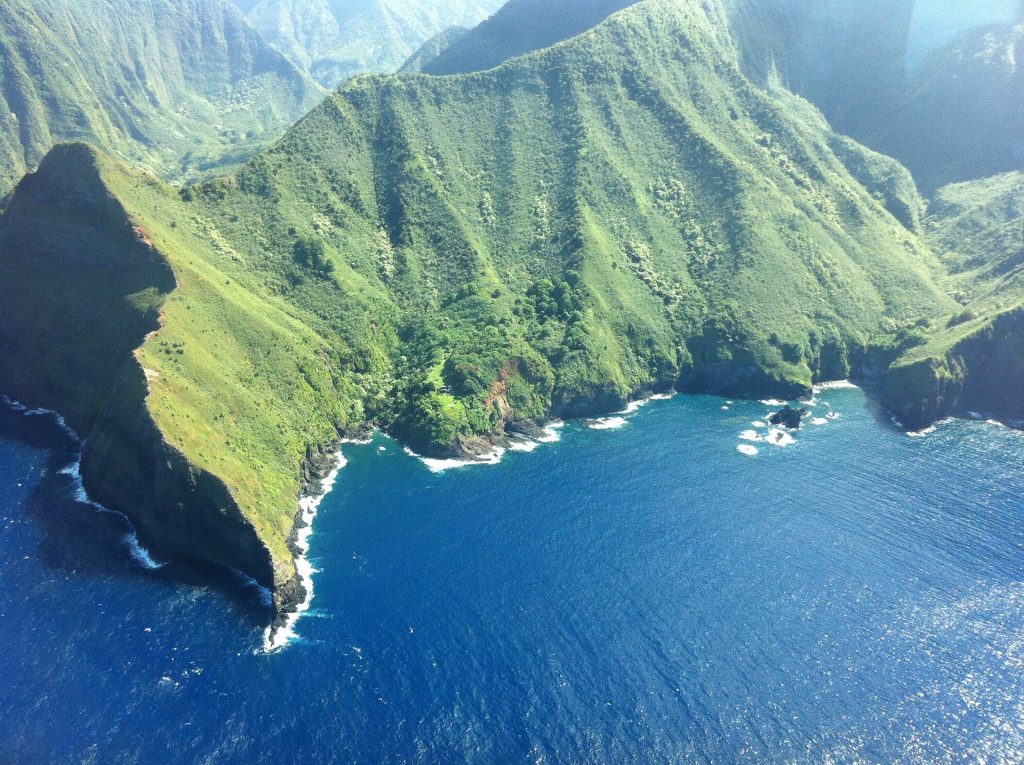 Hawaii’s fifth largest island, Molokai is only 38 miles long and 10 miles across at its widest point and is home to the highest sea cliffs in the world and the longest continuous fringing reef. Molokai remains true to its island roots, with a high percentage of its population being of Native Hawaiian ancestry who continue to preserve their rural lifestyle thanks to their love of the land.

Whether you’re led by a guide along the cliffs leading to Kalaupapa National Historical Park or discovering Papohaku Beach, one of Hawaii’s largest white-sand beaches, Molokai is truly an island of outdoor adventure where Hawaii’s past comes alive! 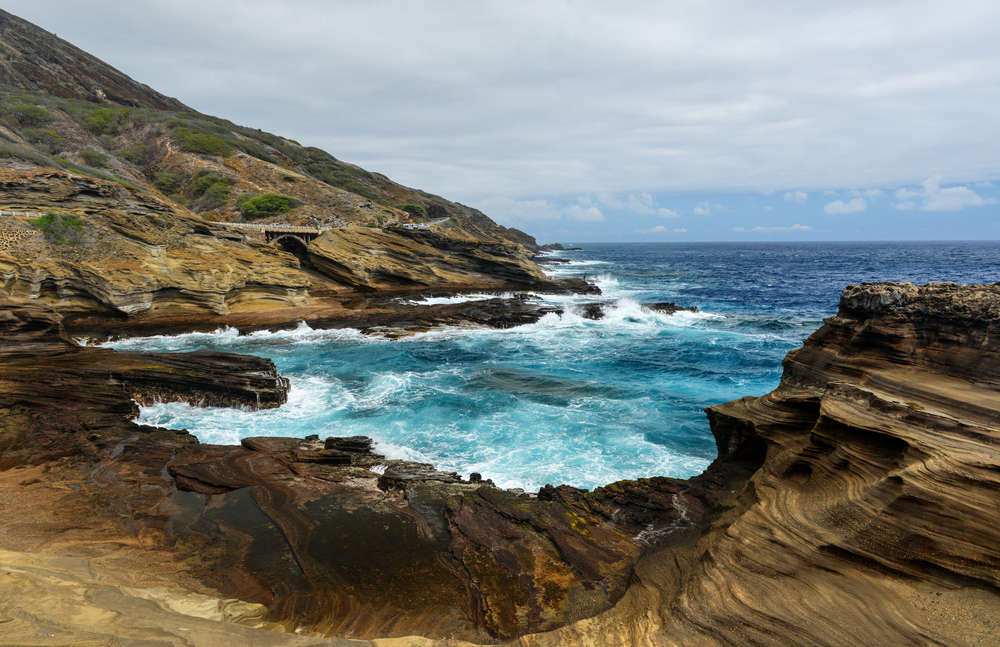 The smallest inhabited island in Hawaii, Lanai offers big enticements to its visitors. Only nine miles from Maui yet a world away, Lanai can feel like two places. The first is found in luxurious resorts where visitors can indulge in world-class amenities and championship-level golf.

The other is found bouncing along the island’s rugged back roads in a 4-wheel-drive vehicle to explore off-the-beaten-path treasures. You’re sure to find serenity, adventure and privacy on any of the three regions of Lanai. 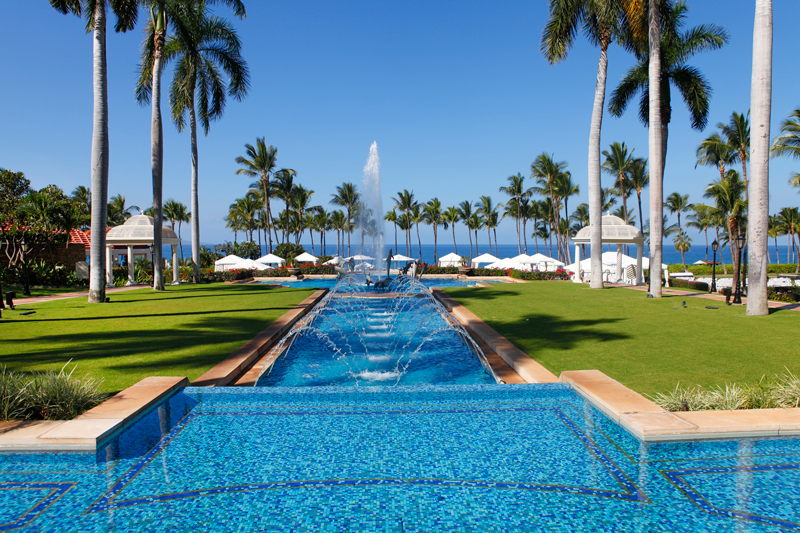 Maui, known also as “The Valley Isle,” is the second largest Hawaiian island. The island beloved for its world-famous beaches, the sacred Iao Valley, views of migrating humpback whales (during winter months), farm-to-table cuisine and the magnificent sunrise and sunset from Haleakala.

It’s not surprising Maui has been voted "Best Island in the U.S." by Condé Nast Traveler readers for more than 20 years. Check out the regions of Maui and all this island has to offer.

The above picture is from one of the most luxurious hotels on Maui, The Grand Wailea. 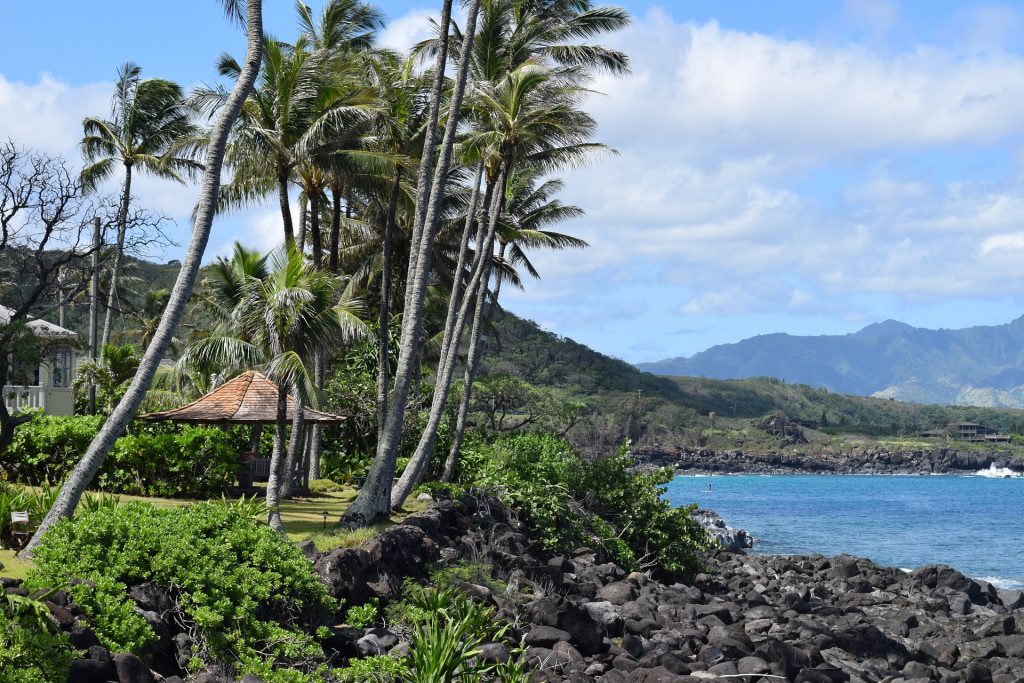 The island of Hawaii is the youngest and largest island in the Hawaiian chain. Nearly twice as big as all of the other Hawaiian Islands combined (hence, its nickname, “Big Island”), its sheer size is awe-inspiring.

You can travel through all but four of the world's different climate zones here, ranging from Wet Tropical to Polar Tundra, a result of the shielding effect and elevations of the massive volcanoes Maunakea and Maunaloa. From the many geological features at Hawaii Volcanoes National Park to the snow-capped heights of Maunakea; from the lush valleys of the Hilo and Hamakua Coasts to the jet-black sands of Punaluu Beach, the island of Hawaii is an unrivaled expression of the power of nature. However you decide to experience the island, it is sure to leave you humbled!